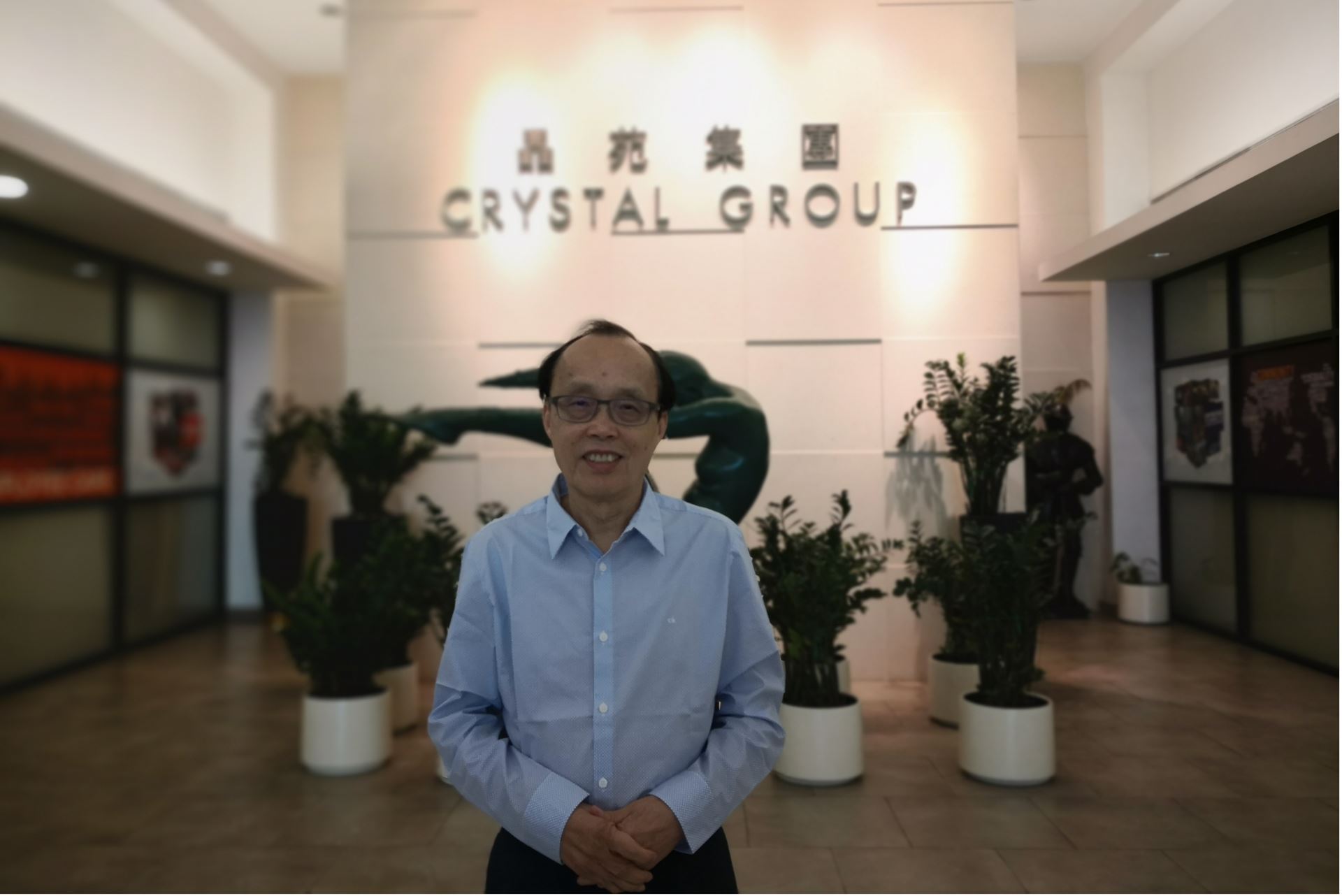 Management Philosophy for an Enterprise from Zero to Billions

Mark Sir :  I just came in and saw these four words hanging on the wall, did you hear this philosophy of life from an early age?

Mr. Lo : I named my book "the team comes first" after I finished it. This is also my usual style of doing things. When I think about others in advance, I earn respect and trust from them!

In this way, other people will not guard against you, we should get along with others with a good attitude, dealing with employees is just the same. I don't have to be a strategist, I prefer heart-to-heart culture, and everything can be negotiated!

I don't think a manual can cover everything. Because things will change, it will be too stiff to define everything with boundaries! CIGL’s corporate culture is that everyone will take the initiative to understand the needs of other departments and make the entire workflow smooth.

Mark Sir : Yes, a Harvard University professor once suggested that we shouldn't be restricted by "Job Description". It is necessary to put ourselves in other colleagues' shoes to ensure the work goes smoothly.

How to break the gap and impact between the old and new staff?

Mark Sir :There is an apparel-industry peer of yours, his company is a family business, and the members in it are all family members. Hoping to reform and develop the company, he invited some experienced and professional employees from outside. However, the huge difference in work patterns between the new and old employees caused a discord that led to many later-on conflicts.

The situation you just mentioned is also more likely to occur in overseas factories. It’s difficult for a company management to control local employees and judge right from wrong in the atmosphere of a different culture. Therefore, for those employees who are newly recruited, we will not fully decentralize the power at the beginning. We often observe their running-in first and then align them with our management. Otherwise the foundation of the company would be shaken!

This concept is especially important for family business. Because sometimes when the company is not united internally, new entrants will make the company management even more difficult!

Some colleagues once asked me which one is more important, culture or money？ In fact, there is no conflict between the two. As for the eight kinds of culture I mentioned just now, making money is always ahead of the list, because a company ultimately have to be responsible to its shareholders, stockholders, employees, the public and so on.

In order to make the new and old staff harmoniously coordinated, they must share a common goal and a clear direction. But sometimes the goals and directions are not clearly proposed. And when all employees of the company have a unified and clear goal, the only remaining problem would be how to implement our mission and vision!

Mark Sir : It is true that sometimes a company does not set clear goals or special requirements for old employees. The common direction thing you mentioned before is an amazing idea, in that way, everyone can advance the work with a same goal. But sometimes new colleagues are tend to be more aggressive because they want to make achievements in their work!

Mr. Lo :Sometimes the effectiveness and achievements are built by the boss's “blessing”, and the result of not having this blessing would be significantly different. I won't be too involved though, but if my staff come up with a good direction and goal, I will openly express encouragement and recognition. For example, Industry 4.0 is a good direction, although it is quite complicated to push and it's definitely not easy. At the beginning of this plan, my colleagues all found it difficult, but everyone is still moving toward a unified goal, which is very important!

Moreover, automation and robotics have to combine added value and data to produce the greatest effect, that's the ultimate goal of this plan.

Mark Sir : Harvard University professor Michael Porter also said that the biggest factor driving the realization of Industry 4.0 would be things outside the machine, which is the fully integration of human resources. Because every company is able to buy the same machine, but the key is how to maximize the effect of it!

Mr. Lo : I don't dare to be complacent and I know my inadequacies so that I can have the opportunity to improve and develop myself - "complacence harms"! So I started to delve into and pay attention to "Design Thinking."

Mark Sir : You are doing a B to B business. Is this model difficult to master since the end consumers are giving feedback directly to your client instead of you?

Mr. Lo : 40 or 50 years ago, our company already has a design team, but it is still difficult to know the needs of our clients. They always say that they need some fine and beautiful design, but they just don't place orders with our company! Our designers worked hard to design trendy outfits, but the truth is we ignored the fact that every brand has its own limitations such as cost, customer base and other factors. That's why we choose to co-create products with our clients, this new model helps us to understand our end consumers from multiple perspectives. Only when designs are equipped with a framework and feasibility can they be accepted and valuable.

Never step into the gray area!

Mr. Lo: 6 or 7 years ago, I encouraged managers to assist employees in organizing and setting up a trade union to conduct open and fair voting, so that the union can perform their due functions and establish an effective communication bridge between the company and employees. Trade unions are essential for those big companies with large numbers of employees. I believe that with the background of generally consistent market prices, employees would not make excessive demands. Employers and employees are on the same side. They are not antagonistic and can negotiate with each other. If there really is opposition between the two, it's because the employees couldn't adapt to the company and they will eventually leave.

Non-profit organizations and government departments are also the same, especially overseas international associations, they all want to cooperate with good companies rather than destroying them. The members of management were worried when the trade union was established, but through all the lectures, workshops, and sharing seminars we hold, all my colleagues come to an agreement that every problem can be solved by communication and negotiation between employees and relevant agencies of the company, because we already know each other's attitude and work style, so there are enough ways to solve a problem. Coexistence can be achieved by getting along with each other, and this is also the concept of “the team comes first”!

I will also visit the factory myself. If there are problems such as poor location and management disorder, I will close the factory. But each problem would be handled in a reasonable and legal way. Solutions must not be ambiguous because the workers are very sensitive in that situation. The management is supposed to be a little more relaxed and try to think in other people's shoes. Peaceful departure between company and its employees can avoid labor disputes!

Mark Sir : If the concept of “the team comes first” mentioned in your book can be implemented in all aspects of a company's operations: employees, partners, customers, end consumers, all problems can be properly disposed. Make good use of Industry 4.0 in company management, so that every department of the company have space to play, this indeed is an excellent business model!